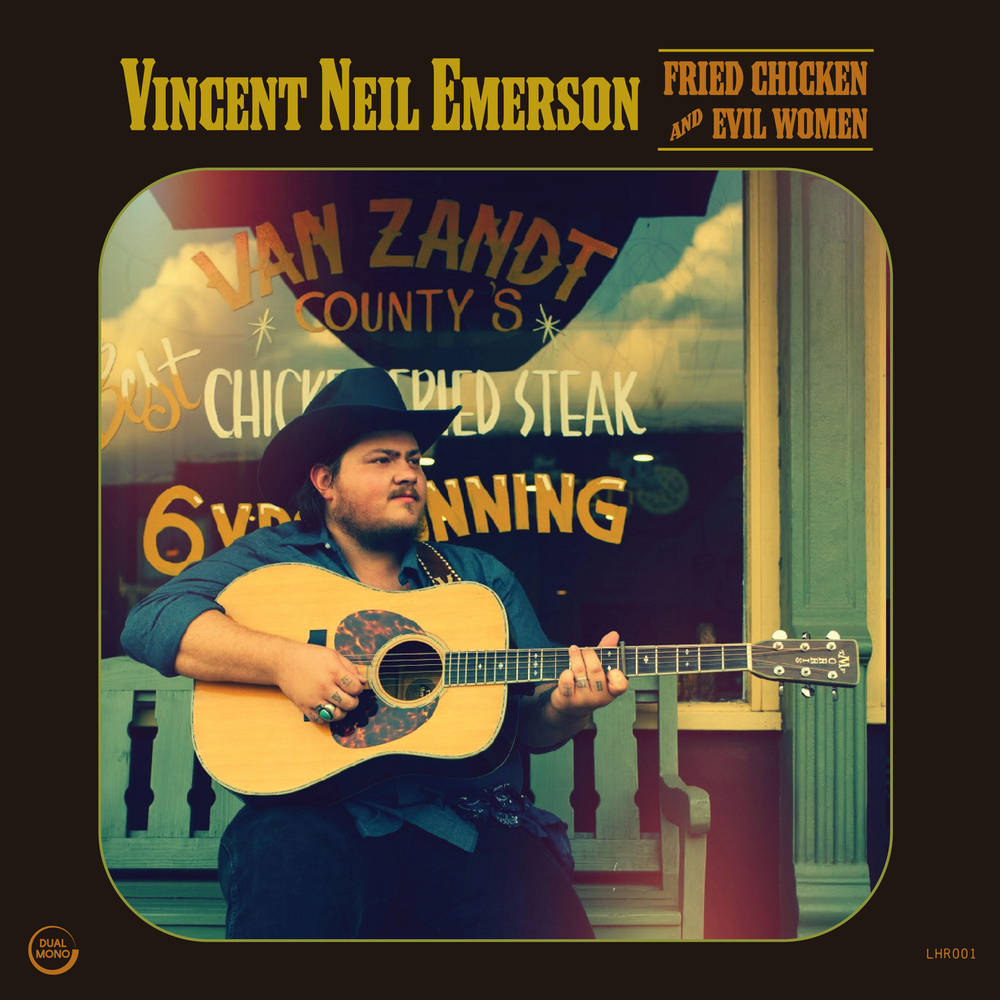 Vincent Neil Emerson is a torchbearer of the Texas songwriter tradition. He channels the straightforward truth-telling and resonance of his songwriting heroes in Townes Van Zandt, Guy Clark, and Steve Earle into something fresh and distinctly his own. His 2019 debut Fried Chicken and Evil Women proved that he was indeed one of the most reverent students of country and Western musical traditions. His songs are cathartic and bluntly honest, never mincing words or dancing around uncomfortable truths. The album features the original version of "7 Come 11," which Charley Crockett recorded on his critically acclaimed 2019 album The Valley. Fried Chicken and Evil Women received praise from Garden & Gun, Americana Highways, Saving Country Music, No Depression, and more.